Prince Andrew was today accused of using the phrase ‘n***er in the woodpile’ and a colonial-era slur about ‘playing the white man’ during Buckingham Palace meetings with a top British Asian aide from No 10.

Rohan Silva, who worked for David Cameron, has blasted the Duke of York and said he was left ‘reeling at the prince’s use of language’.

Mr Silva, who is a tech expert who also writes for the Evening Standard, told the newspaper that he met Andrew in 2012 and asked him if he felt the Government ‘could be doing a better job’ on boosting trade with the world.

Andrew then allegedly responded: ‘Well, If you’ll pardon the expression, that really is the n***** in the woodpile’, upsetting Mr Silva, who is of Sri Lankan descent.

A year earlier, Mr Silva said he met the Duke of York and on that occasion the Duke allegedly told him: ‘You’ll never get anywhere by playing the white man’ – an offensive term commonly used in Victorian Britain during the colonial period. 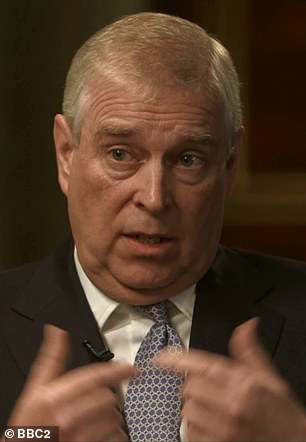 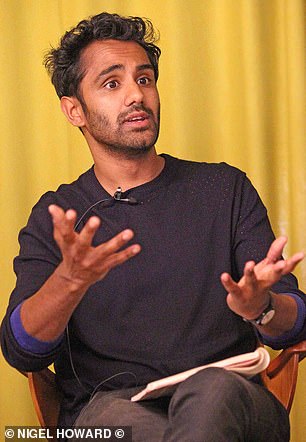 Prince Andrew (left in his disastrous BBc interview) was today accused of using the phrase ‘n***er in the woodpile’ during a meeting at Buckingham Palace with a British Asian adviser to No 10, Rohan Silva (right)

Origins of the toxic ‘n***er in the woodpile’ phrase

Once bandied around casually, the phrase ‘n***** in the woodpile’ originated in America in the mid-19th century before the abolition of slavery.

The Oxford Dictionary of Slang says the phrase, which it calls ‘now taboo’, is ‘applied to an unsuspected or hidden factor that has an adverse effect’.

How it first came into use is not entirely clear. Brewer’s Dictionary of Phrase and Fable says the phrase ‘was originally a way of accounting for the disappearance of fuel. It then came to be used for any hidden snag or problem’. The reference to ‘disappearance of fuel’ is thought to allude to an outdated and prejudiced racist belief about the frequency with which black people stole property from whites.

Another theory about the phrase’s origin is that it alluded to escaped slaves who concealed themselves behind or in woodpiles to escape capture.

It came as Andrew’s reputation took a major battering over his disastrous interview with the BBC on Saturday where he floundered as he was asked to explain his friendship with Jeffrey Epstein and claims he had sex with one of his young ‘slaves’.

Buckingham Palace sources have told the Standard there is no way Andrew ever used the phrase or any similar racist language on any occasion.

But Mr Silva, 38, told the newspaper: ‘I walked blinking into the sunshine outside Buckingham Palace, reeling at the prince’s use of language.

He added: ‘For a long time afterwards I kicked myself for not confronting the prince on his choice of words — and it’s something I still regret today. After all, he clearly wasn’t taken to task very often by the people around him, which meant offensive language went unchallenged.’

He added that a year earlier Andrew said a year earlier: ‘You’ll never get anywhere by playing the white man’ when the discussed whether Mr Cameron could get the EU to reform,

Mr Silva said: ‘I genuinely didn’t know what he meant, and the discussion moved on. But the phrase “playing the white man” stuck in my head, as I’d never heard it before. I immediately Googled it.

‘The definition flashed up on my screen: an old-fashioned saying, used during colonial times, meaning that only white people can be trusted to follow the rules, unlike dark-skinned natives’.

Jeremy Corbyn faces fury over anti-Semitism as he launches ‘race and...