Jeremy Corbyn attempted to calm business fears about a Labour government today, insisting they had ‘much to gain’ if he takes power in December.

The opposition leader said it was ‘complete nonsense’ to say that he was anti-business as he addressed the CBI annual conference in London this morning.

His address came the day after the trade organisation’s director general Dame Carolyn Fairbairn had warned that his election plans would ‘crack the foundations of our economy’.

Labour has outlined to nationalise key industries, including broadband, water, railways and the Royal Mail.

The party costed the policy at £20billion – but the chief executive of BT said it would cost taxpayers at least £100billion.

Mr Corbyn told assembled captains of industry: ‘It’s not anti-business to be against poverty pay.

‘It’s not anti-business to say the largest corporations should pay their taxes just as smaller companies do.

‘It’s not anti-business to want prosperity in every part of our country and not only the City of London.

‘And I say this to business too: if a Labour government is elected on 12th December you’re going to see more investment than you ever dreamt of. 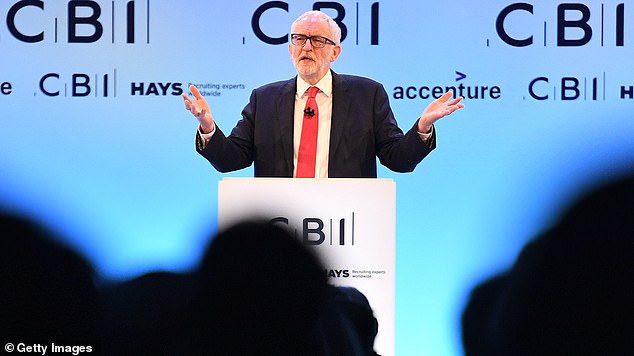 Mr Corbyn told assembled captains of industry: ‘If a Labour government is elected on December 12 you’re going to see more investment than you ever dreamt of’ 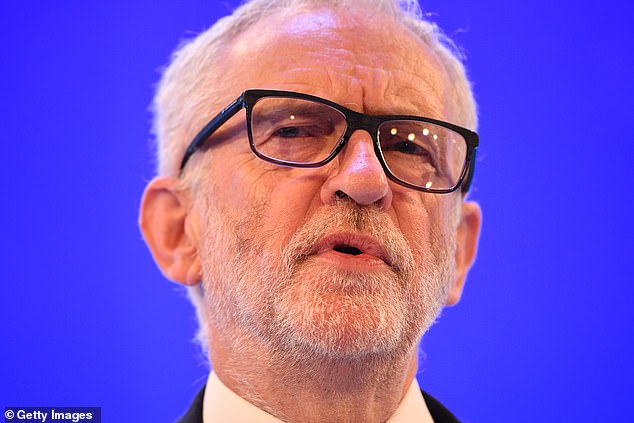 Labour has outlined to nationalise key industries, including broadband, water, railways and the Royal Mail 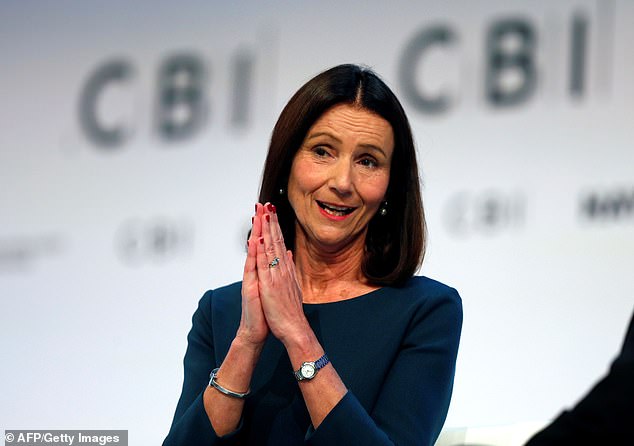 ‘You’re going to have the best educated workforce you’ve ever hoped for. You’re going to get the world-leading infrastructure, including full-fibre broadband you’ve long demanded.

Boris Johnson today announced the Tories will postpone a planned further cut to corporation tax in order to free up extra cash to invest in public services like the NHS. 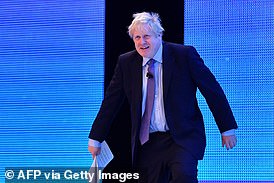 The Prime Minister revealed the move as he addressed business leaders at a CBI summit in London.

The current rate of corporation tax is 19 per cent but it had been due to fall to 17 per cent next year.

Mr Johnson said pausing the shift to a lower rate would save £6 billion which the government would be able to use to invest in the health service.

The PM insisted postponing the reduction was the ‘fiscally responsible thing to do at the present time’ as he joked that he hoped business leaders would not ‘storm the stage’ after he made the announcement.

‘It doesn’t mean we’re in any way averse to reducing taxes on business as I’m sure you’ll understand,’ he said.

The CBI gave the move a cautious welcome as director general Carolyn Fairbairn said in a statement: ‘Postponing further cuts to corporation tax to invest in public services could work for the country if it is backed by further efforts to the costs of doing business and promote growth.’

Mr Johnson also used his address to launch a savage attack on MPs who failed to support his Brexit deal as he claimed the UK is being ‘held back’ by its politicians.

He said the Tories only need to gain nine seats on December 12 in order to make sure they ‘can and will’ get Brexit resolved ‘in a matter of weeks’ and by the January 31 deadline.

He also likened his divorce accord to a Pot Noodle as he told the CBI event: ‘Just add hot water, stir in pot.’

You’re going to enjoy the fast, reliable transport links you’ve always wanted. You’re going to have the certainty of a customs union and access to the single market, as you’ve long advocated.

You and your business have so much to gain from a Labour government.’

He also outlined steps to cut down on tax avoidance, saying he would ‘put an end to the tax tricks that allow the wealthiest individuals and the biggest corporations to avoid paying their way’.

Addressing the party’s nationalisation plans he said: ‘We will bring some key services into public ownership. I make no apology for that.

‘It’s not an attack on the foundations of a modern economy; it’s the very opposite.

‘It’s the norm in many European countries. It’s taking the essential steps to build a genuinely mixed economy for the 21st century.’

And he attempted to woo businesses over Brexit, saying they would be better off under Labour because they would stay more closely aligned to Brussels.

Mr Corbyn said the Prime Minister’s deal will lead to ‘damaging uncertainty’ and ‘it won’t get Brexit done’.

He added: ‘It will subject us to years of drawn-out, bogged-down negotiations. ‘Three years, maybe more’ is how long Michel Barnier said a trade deal on the Prime Minister’s terms would take.

‘And the toxic deal with Donald Trump would take even longer.

‘Our plan, on the other hand, will get Brexit sorted quickly and immediately end the uncertainty for business and our communities because we won’t be ripping up our main trading relationship because major British industries like steel will struggle to survive in a deal with the USA promoted by President Trump.’

Asked if the Labour leader was a ‘friend to business’, she told Sky’s Sophy Ridge on Sunday programme: ‘We look at the policies on the table and we have real concerns that they are going to crack the foundations of our economy.’

After Mr Corbyn’s speech today, she added: ‘It’s time to see Labour open the door to real and lasting partnership with business, not stick with outdated ideologies that would close it in their face.

‘The challenge is not what Labour want to achieve, it’s how. Firms share many of the same ambitions, on skills, climate change, delivering high paid jobs and making sure that the proceeds of growth are felt across the country – but those challenges need a joint response. 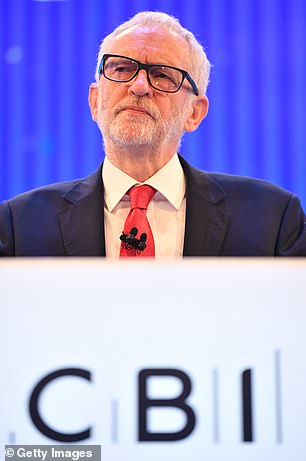 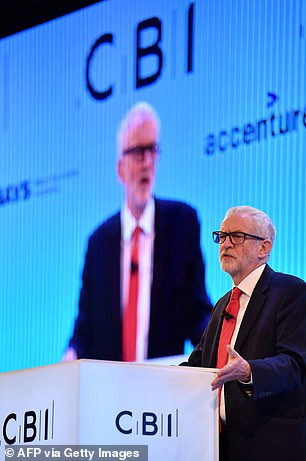 Mr Corbyn attempted to woo businesses at the CBI over Brexit, saying they would be better off under Labour because they would stay more closely aligned to Brussels

‘Some of Labour’s proposals do open the door to partnership. Greater flexibility on the Apprenticeship Levy is something firms have long asked for. A step up in all forms of vocational training for school leavers and those switching careers offers opportunities and works for the economy.

‘Reskilling the economy to achieve net zero and adapt for increased automation is critical, and apprenticeships can have a big role to play in this.

‘But false instincts for mass nationalisations and forcing inclusive ownership schemes onto thriving businesses does little more than frighten off investors from backing the UK, with pensioners and savers having to foot the bill.

‘A high-growth, fair mixed economy is within our grasp, but only if business is welcomed and supported as a provider of opportunity, not falsely portrayed as the root cause of inequality.’ 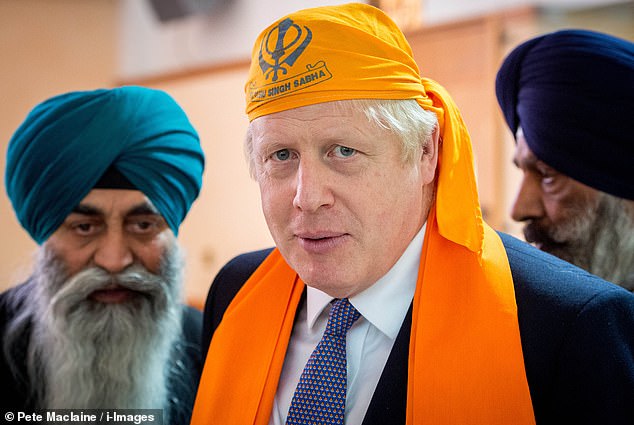