An 18-year-old man has been arrested on suspicion of murder following the death of a 20-year-old man in Bournemouth.

Officers were called to St Swithun’s Road at 10.10pm on Saturday to reports of a man having sustained stab wounds to his chest.

The man, from Bournemouth, was taken to hospital where he died a short time later. 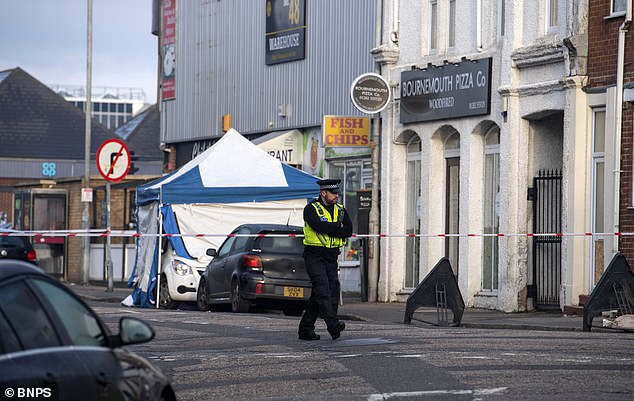 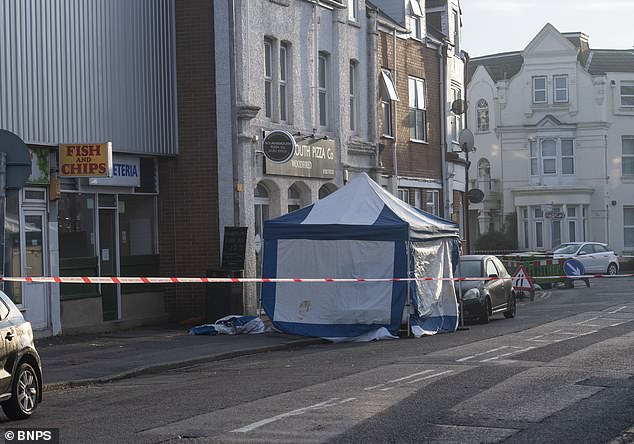 An ambulance rushed the victim to the Royal Bournemouth Hospital where he died a short time later. Pictured: The scene this morning

Police sealed off a small white car parked outside a pizza restaurant on the road.

A white forensics tent has been put up around the Vauxhall Agila.

An 18-year-old man, also from the town, was arrested on suspicion of murder.

Detective Chief Inspector Richard Dixey, of Dorset Police, said: ‘We are making extensive inquiries to establish the full circumstances of the incident.

‘I am appealing for anyone who has witnessed the alleged crime and has not yet spoken to police to please come forward.’

The victim’s next of kin has been informed of his death and the coroner has been notified. 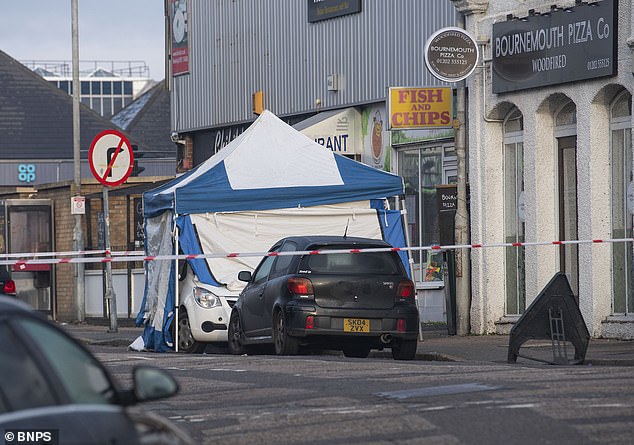 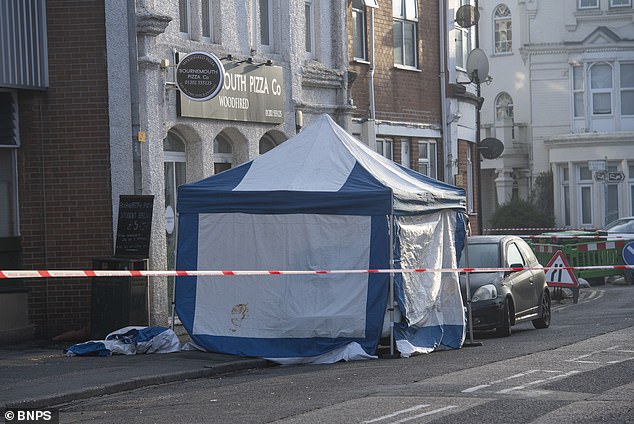 A cordon was put in place while crime scene investigators examine the scene.

Officers are carrying out house-to-house visits and making CCTV inquiries, the force said.

Anyone with information is asked to contact Dorset Police online or by calling 101, quoting incident number 16:433.